and I’ve been lazy. I have not been taking pictures of my cute little boy like I should be! He’s growing up so so fast. So, let me tell you about our month up to this point. 🙂 Lest you think we just sit at home and hang out (which do a lot, but we do other things too).

Here are some pictures of my little cutie: 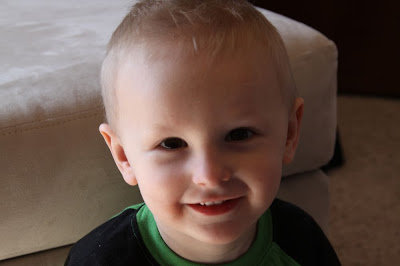 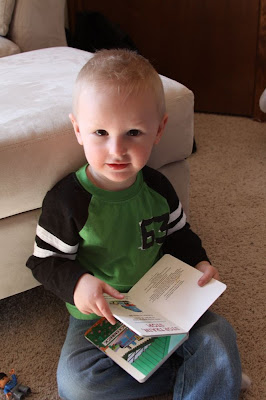 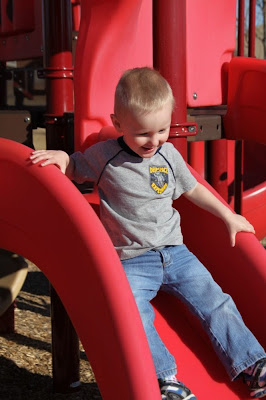 So as a result of my lack of photo taking, I am going to start taking a photo a day. I am going to TRY for the rest of the season, but it is sometimes hard for me to remember. I am planning on putting the photos here for your viewing pleasure after I Photoshop them (unlike the ones above). So, ask me about it if I’ve been slacking.

What we’ve been up to:

On March 2, I had an appointment with the neurologist who discovered my malformation. I hadn’t seen him since November, and a lot happened since then. Thankfully my neurosurgeon’s office kept him up to date about what happened to me. 🙂 So, after talking with him, he was quite pleased with my progression and how the surgery has effect my migraines and headaches.

CHIARI SIDE NOTE
That is a question I get a lot. Are the headaches gone? Yes! The constant pressure I had in the back of my head is what caused the vast majority of my headaches and migraines. While I get the occasional headache it is like normal people do. I’ve also gotten a couple migraine beginnings since the surgery, but if I catch it early and take medicine, it will not bloom into a terrible, knock ’em out headache. I also don’t the blinding pain when I laugh, sneeze, cough or bend over anymore either! I have a follow up MRI in June to see how the surgery effect the syrinx in my spine.

Okay, we also had dinner and played a game with our good friends Brian and Shanna. We always love getting together with them. I have been able to have a few girls nights and lunches with friends. I don’t even mind bringing Spencer. He’s such a good guy for the most part. He’s great to have around.

He’s actually gotten really good at listening and following instructions. Now that I know he can do it, and often does, it is frustrating when he doesn’t. He’s 2, what are you going to do? Just try not to take it personally (which is sometimes hard too), and work on it. 🙂

Spencer and I have gone and played at many friends houses, been to the zoo a few times and to the science museum. He LOVES the zoo and the park. He frequently asks if we can go see animals (zoo), play with toys (science museum) or the pirate park (he’s favorite park). And we go often. It’s great to have memberships to the Zoo and Science Museum. That way I don’t feel bad about leaving after 2 hours there. Since I know we’ll go back again soon.

Spencer is beginning to give up his naps, which makes for a nasty evening for us. He’s very cranky when he’s over tired (as am I). So, I do try to put him in his bed every day for quiet time. It often turns into naptime, but not always. He loves going to school, and I like having that day to do things that are easier without having a kid around. 🙂 We are very fortunate to have gotten him in to the MDO in the middle of the year.

That’s been our March thus far.

One thought on “We’ve been busy…”