Conference weekend (the 2nd and 3rd) was lovely weekend for us.  We planted flowers in our garden (some of which have already died), but it looks really good.  We also had a great chance to relax and play together.  Here’s a way cute shot of Adam and Spencer.  Spencer just decided that Daddy was a great place to rest. 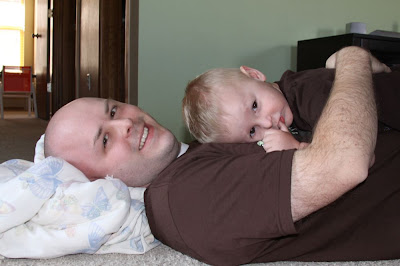 We also decided that it was time for Spencer to get out of his crib, and start sleeping in a big boy bed.  Meaning, we converted the crib to a toddler bed by taking off one of the sides.  He’s done SO well.  He hasn’t fallen out at all, yet.  He loves it.  What’s even better, he doesn’t ever get out of his bed after you put him there for a nap, time out or bed.  He just calls out and waits until you open the door.  Then he’ll get out and run for it.  Such a good little guy I’ve got.  🙂 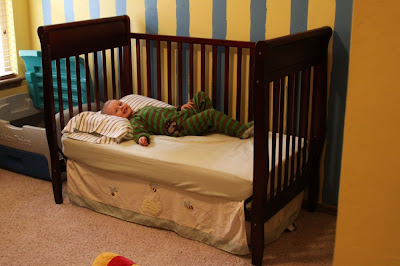 Spencer also discovered this year how much he LOVES egg hunting.  We did lots of practicing before the Big Hunt on the Saturday before Easter.  He also found that his basket makes an excellent hat.  🙂  We will do a separate post for Egg dying and hunting. 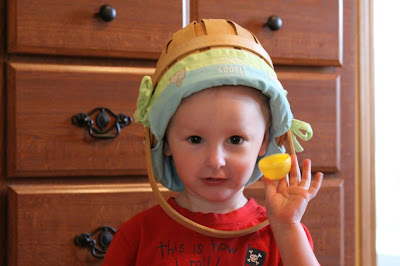 I just love this next picture.  He loves wearing hats (and changes them often) and he found his sunglasses from last year.  The lenses fell out a long time ago, but we keep the frames around because he looks so cool in them.  Isn’t he SO cute?  I’m so going to hang this one on the wall. 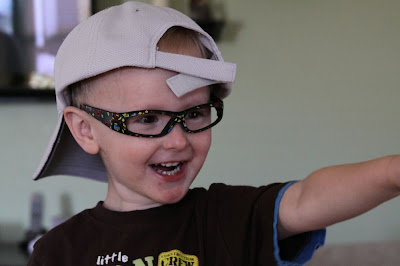 3 thoughts on “April Catch Up”