Over Memorial day weekend, we took a trip up north to escape the heat. We went to South Dakota! Adam’s brother Josh lives there, and we had such a good time hanging out with them.

Thursday, September 1: Driving Day
It was a long day. We left Oklahoma at 6am and we arrived in South Dakota around 8:30. Spencer did SO well on the drive. He had movies and cartoons to watch. He was a happy camper. We stopped at McD’s that had play places whenever we could so we could let him get his energy out and let him eat in the car. Spencer learned that he REALLY enjoys Skittles. He’s a funny guy.

Friday, September 2: Mt. Rushmore and Storybook Island
Friday morning we went to Mt. Rushmore by ourselves since Amy (SIL) and the kids have been quite a few times when other family has come to visit. We had a great time and these are the only pictures I have of the trip since I’m a lazy photographer and wanted to participate in other things rather than looking through a lens. We did get some good ones though. Here you go: 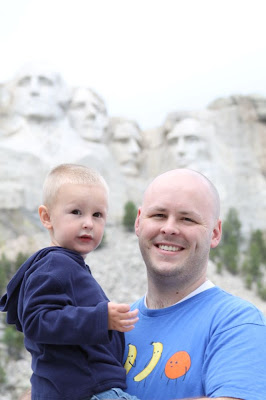 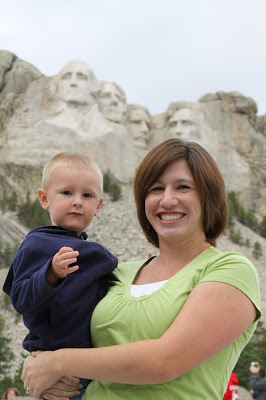 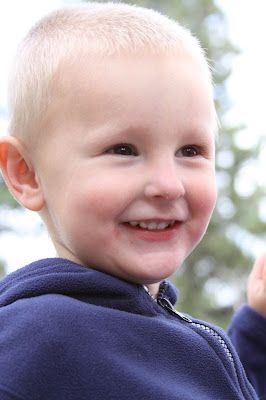 Friday night, another of Adam’s brothers and his family arrived. They brought their newest 6 week old daughter with them, and she was darling. Adam and I were really tired so we couldn’t stay up much longer after they arrived.

We went to Keystone, SD (near Mt. Rushmore) and we road the Alpine slide. All of us had to ride down with a kid (some people had to go twice). I “borrowed” a picture from my SIL’s blog. Here is one of Adam, Spencer and I riding up the lift to the top of the mountain. The cutie in my lap is my niece, Callie.

We had a blast on the slide, and apparently I went really slow, but I don’t think I was going that slow. Callie and I both thoroughly enjoyed it. Spencer and Adam had a great time too, and Adam did go down faster than I did.

That night, Adam and his brothers went to see a movie. The girls just hung out and chatted. It was a lovely low key night.

Sunday, we went to church with Josh and Amy’s family. It was really cool to see Josh being the Bishop. It was almost strange to see him in that light, but everyone we talked to in the ward really appreciates the work that he’s doing.

That night, the cousins (other than Spencer) put on a little play for us. It was so cute. They were rehearsing and playing all day. We also had AWESOME French toast for dinner that night, and I will be making my French toast that way from now on. Thanks for that Amy.

Monday, September 5: Driving Day
We came home Monday, and Spencer did a great job again. We were so grateful that he traveled so well.

One thought on “We took a trip”